What the Heck is THAT?

No wonder I spent the morning rounds squinting… I actually couldn’t see a thing on the screen when I pointed the phone at this fierce, glaring orb that was clearly trying to get my attention! It was impossible to make eye contact because a) after a nano-second of looking at that blazing thing my retinas would have been scorched and b) I was distracted by the high winds roaring in my ears and some excessive nose dripping due to the extreme cold… I think I am glad to see the sun, though – despite the plunge in temps it has brought to my corner of the world.

Two Suns in the Hog Pen

Most days, the lower hog pen is a pretty ordinary place. But yesterday, the sun was at a very particular angle and the place was transformed.

At one point, a strange illusion made it seem as if there were two suns and the world was ablaze. 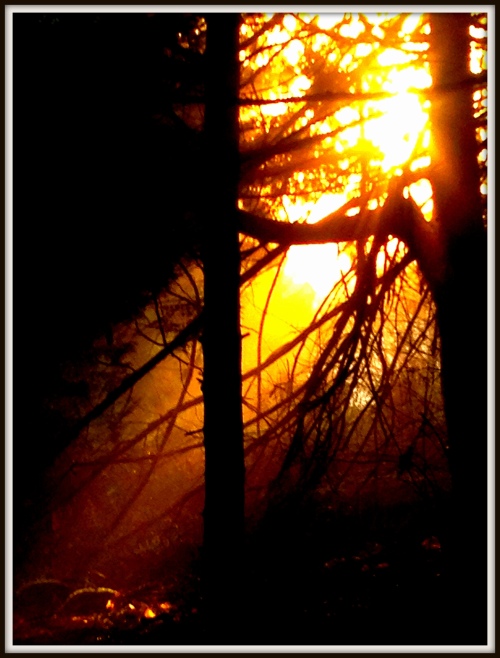 By the time I returned a short time later after feeding the chickens and sheep, everything had returned to boring normal. Nothing to see here, folks – move along.

Which brought to mind the question, “If a tree falls in the forest and there is nobody to hear, does it make a sound?” How many extraordinary moments do we miss because we hurry on by, arrive a few minutes late, or take off before the best part of the show?

Which seemed like a bit of a sad question to end with… until I considered that every moment contains the potential to be extraordinary if we slow down enough to see what’s in front of our noses, even down in the most boring corner of the hog pen.

I try to keep this quote in mind when my fingers are not functioning properly and the garden beds are crispy, solid, and completely unworkable.

The one good thing about frost or a light dusting of snow is that everything looks so darned sparkly! The whole world is clean! 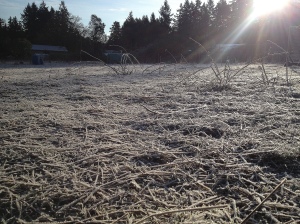 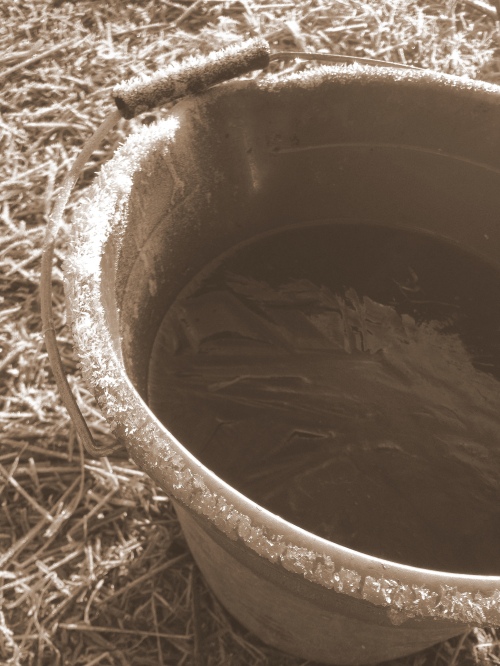 Frozen water is a pain in the backside to deal with.

All that glittery frost might look magical, but man, when frozen water pipes mean you have to haul buckets and Jerry cans of water from the house to distant water containers all over the neighbourhood, the thrill of a glorious morning wears off pretty quickly. A couple of chickens wouldn’t be so terribly difficult to deal with, but horses? Lactating sows? A whole herd of thirsty turkeys? I was more than a little pleased when the temperature began to rise again and the water started to flow. That gurgle of water splashing into an old bathtub in the horse paddock is a special kind of music!

LOVE that sun after a few gloomy rain days… Though, it always astonishes me just how low above the horizon it stays through these shortest days of winter.

What happens on a sunny morning after a night of rain.

Mid-November around here is generally pretty wet, so what a delight it was yesterday to head out to a dripping landscape being warmed beneath a brilliant winter sun! When I started on the morning rounds the whole world seemed to be either steaming or glistening.

By the time I was making my way back up the hill when I was done, the special effects show was over.

At dusk I was treated to a show of a different type.

The rising moon kept getting tangled in the tree branches! It was so bright and clear that the moon shadows were black and distinct, so heavy on the ground I wanted to step over them – an odd effect, though not really photographable…

In between the showy dawn and dusk, it was a pretty typical Wednesday with stops at the feed store, farm stand, and coffee shop. During the afternoon worked on the new book (about different types of housing around the world – another in the Orca Footprints series, co-authored with Dani) and then continued with the job of cleaning out the vegetable beds. Wimpy always materializes when I pick up a trowel and he worked alongside me, snatching up grubs and worms as I made my way along the bed where, earlier in the season, squash had filled one end and a gorgeous yellow/orange/gold calendula party had been going on all summer. The turkeys, chickens, ducks, and hogs eagerly consumed all the weeds and bits of leftover veggie plants Wimpy and I dug up, so the whole process felt extremely satisfying and made a whole lot of creatures (including me) quite happy.

After that, made a delicious tomato vegetable and venison soup. Roasted more beets, parsnips, and carrots for good measure because really, is it possible to eat too many roast veggies? Gobbled that up with hunks of tasty olive bread before heading back out one last time to feed the night hay and check on all the creatures.

Then, there was Sun

Overnight, the wind rose and by early morning the clouds were scudding across the sky.

Standing at the edge of the sheep field it all felt rather apocalyptic! Leaves blew in all directions, pattering down out of the trees before forming great matted swathes of colour that carpeted every inch of ground under the trees. 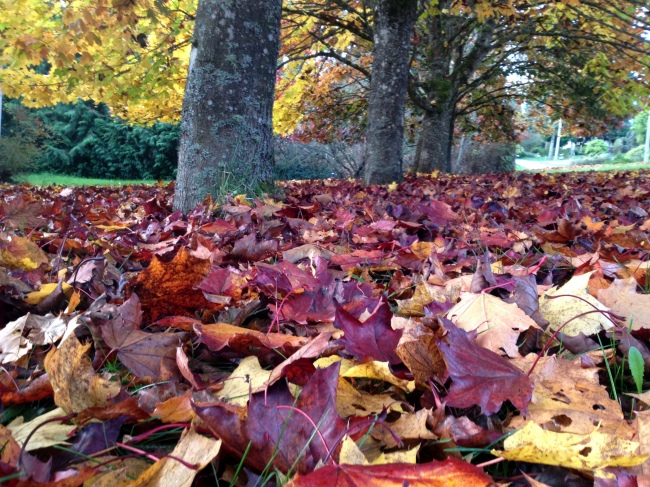 Over the course of my two-hour morning feed rounds, the wind gradually abated and the sun came out. Everything that had been soggy, damp and limp during the fog of the past week was suddenly crisp and vivid. 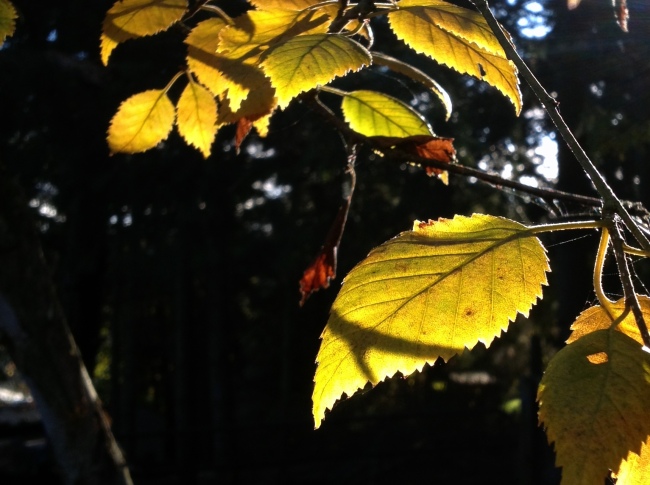 And the feeling of that sun on my back – not possible to photograph, but man, did that feel good!