H is for Hula Hoop

There has been a lot of coming and going around here over the past few days and this has made me think about the odd things we take, leave behind, and bring back when we travel. Dad has just spent three weeks in Provence and England and the coolest thing he brought back was several jars of pigments. He plans to add these warm, earthy tones to linseed oil and paint a series of landscapes (he travelled from hill town to hill town, collecting a gazillion images and ideas…) using the actual colours of the place. I can’t wait to see what he comes up with. He has only been back a couple of days and is already at work in his studio. It shouldn’t be long before I can post something inspired by his recent travels. 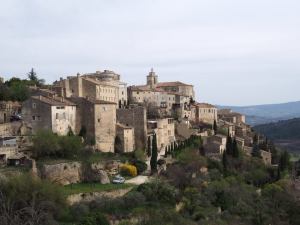 Dad returned hugely inspired (and a bit out of breath from all the hiking he did).

Several of the Germans will be leaving by car tomorrow, heading for the USA. They will be leaving behind all manner of fruits and vegetables, which is rather bizarre when you consider most of the produce one buys around here these days originated south of the border. How is it logical that you can’t take an apple fifty miles south of here?? Because MC arrived during a snowstorm and is now heading for California, he is also leaving behind his winter coat and mucky farm clothes. Later this summer he will return to reclaim his [temporarily] abandoned clothing and help out again on the farm. Perhaps he will enjoy himself enough that he will stay through another change of season and will need his heavy coat once again… [H is also for hope… and I am hopeful this might come to pass…]

Yesterday I had a quick chat with my friend Sylvia Olsen, the author of quite a few books and an expert knitter (among her books are Working with Wool: A Coast Salish Legacy and the Cowichan Sweater and Yetsa’s Sweater). She is heading off to a writing retreat in Ireland and we were chatting about how she will divide her time writing, knitting, and hula hooping. Hula hooping? Yep. Sylvia has a collapsible hula hoop with which she travels. Which is way more interesting than the fact I always travel with my personal pillow (it’s thin and all the hotels insist on HUGE fluffy pillows that make my neck ache).

My daughter never leaves home without her Rescue Remedy (she travels a lot but hates to fly and swears by putting a few drops under her tongue to get her through takeoffs and landings). When I mentioned Sylvia’s hula hoop, Dani reminded me that she used to travel with her juggling sticks and this, in turn, made me think of several trips I took years ago with a pink ballet tutu stuffed in my backpack. This was long after I stopped dancing, but I had this idea that I would write a collection of travel essays called Travels with Tutu. I did wind up with a handful of odd photos of a pink tutu placed artfully in unusual places (atop a mountain in Japan, on a huge log on a beach somewhere along the West Coast Trail), but somehow the concept failed to hold my attention long enough to collect enough essays to make a book. Part of the problem, I think, was that the pink tutu on its own was not that photogenic (or, I was not a good enough photographer to make the images work well enough to warrant inclusion in a book). This was long before the selfie became a thing, so it never even occurred to me to wear the tutu myself.

The idea of Sylvia hula hooping on the edge of some windblown Irish cliff makes me smile. I really hope she has someone take a photo of her and her hoop in some cool Irish locale so I can vicariously enjoy her trip!

All this made me wonder, what is the essential item you cannot leave home without when you travel? Have you ever left something behind on a journey, intentionally or not? What’s the most unusual thing you’ve ever brought back with you after a trip?

9 responses to “H is for Hula Hoop”