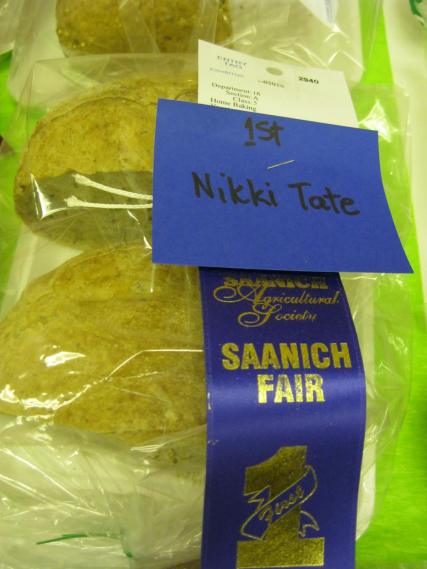 Sandy Grayson snapped this photo of my prize-winning bread at the local fall fair a few years ago. Go gluten-free? Me? No bloody way.

OK, there’s a blog post title I never thought I’d write! There’s nothing like convincing yourself you have cancer of the lower realm to spur a person to action. Granted, I have an active imagination and have no problem at all conjuring all kinds of worst-case scenario stories for myself, but still – I had my reasons for being worried. Why my symptoms decided to become more pronounced about three years ago after a lifetime of scarfing back bread, bagels, cookies, pancakes, muffins and more is a mystery, but that’s exactly what happened.

Of course, two-and-a-half years ago was also about the time when I met my future fiancé (that was a long-distance relationship for ages), started doing a lot of travelling (including three months in Paris where I have to say, the ever-present baguette would have made making dietary changes excruciating), and didn’t have a good family doctor. The past few years have been nothing if not disruptive and, because symptoms initially would come and go, I put off doing anything about them.

Finally, I arrived properly here in my new hometown, found a great family doctor, and during my first intake meeting with her requested some screening tests. My doctor agreed and then suggested I look at my diet – how many carbs do I eat each day? What about gluten? I held back a snort – after all, I bake bread every other day and my go-to treat foods are all laden with sugar, chocolate, and flour. Yum!

All tests came back just fine – and, predictably, my doctor asked again about my diet and referred me to Dr. Perlmutter’s book, Grain Brain. “Have a read” she said. 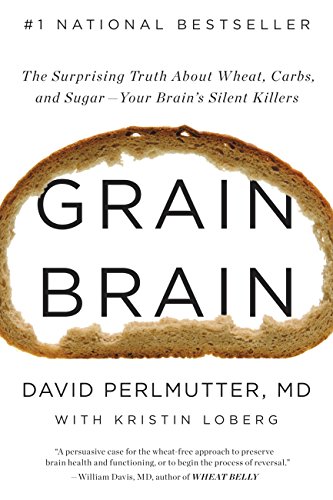 There’s nothing like a doctor who makes you look hard at your habits, do a bit of reading, and come to your own conclusions.

Reluctantly, I decided to see if I could find some good baking recipes that eliminate not only wheat but replacement carbs like rice and potato flour as well (as per Dr. Perlmutter’s – and my doctor’s – recommendations). To say I was skeptical would be an understatement. But I was motivated – not only by my grumbling tummy but also by the thought that I am willing to do pretty much anything to help prevent brain deterioration later in life. I watched my mother succumb to Pick’s Disease (a frontotemporal lobe dementia) at an early age and if there’s any way I can spare my nearest and dearest the misery of watching me head off down that same path… Getting rid of bread products suddenly seemed like not so bad a way to take one for the team. 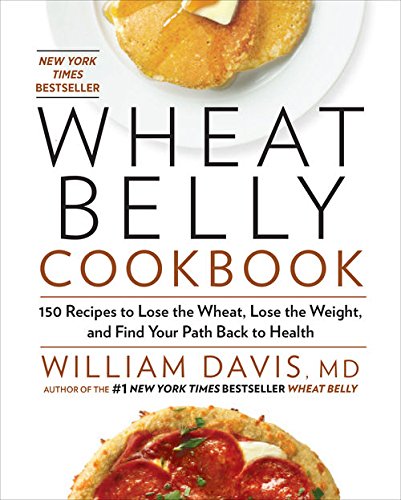 On the negative side, replacement bread recipes like the ones I found in the Wheat Belly Cookbook really can’t be considered true breads. They are some other kind of food, much denser and totally lacking in that light, airy texture I am so in love with in my home-baked breads of yesteryear. To his credit, Dr. Perlmutter doesn’t get your hopes up with claims of bread replacement recipes and, as a result, I found his suggestions less disappointing.

On the plus side, though, wow. Within 24-hours I had complete relief from my symptoms. Ten days in, I am frankly shocked at the fact I am still alive without having consumed a crumb of bread (or other wheat-containing product). The baking experiments I’ve done have resulted in scones that resemble hockey pucks, bread that’s more like a dense I’m-not-sure-what, and pizza crusts that were more like… I have no idea. Which makes sense. I am baking with ground up nuts and not flour, so it’s more like I have moved to a different country with totally different staple foods.

Also on the plus side, I haven’t felt hungry at any point. There’s plenty of protein in this diet (eggs, cheese, meat, and more nuts and seeds than I can count) as well as unlimited amounts of veggies and salads. The smoothies are delish and I’ve been lucky enough not to suffer any carb withdrawal or any real cravings (which is nothing short of miraculous, given my high carb intake before this experiment began). If only it had been so easy to give up caffeine (which I did last summer and which, really, deserves a blog post all its own because that was a truly miserable experience).

I’m about ten days into this eating revolution and I am somewhat shocked to say that I think I’ll keep going for a while. I’m curious if there will be other changes (in the ability to focus, for example, and improvement in the quality of my sleep – which has been terrible for the past few years). In a subsequent visit to my doctor, she said she recommends patients try the gluten-free thing for 30 days, then let loose and have a carb-crazy weekend – pizza, beer, waffles with loads of syrup. Then, she says, they should take note of how they feel on Monday morning. I don’t know if I’m brave enough to try that, but so far anyway, I am feeling pretty good about this weird new way of eating.

And, as a footnote to all the above, I am really, really sorry for all the snotty things I have thought and said about people who have tried some version of the gluten-free, paleo diet, reduced carb way of life.  There may just be something to all this after all…