C is for Community (#atozchallenge2018) 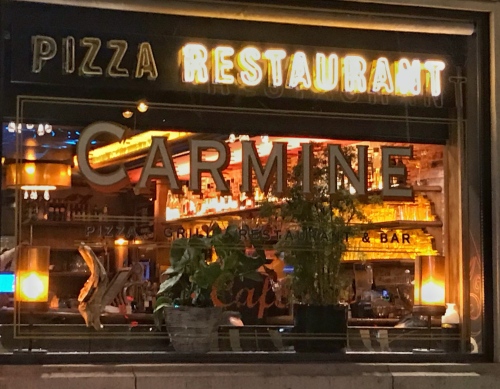 Carmine’s downstairs… the pizza joint in the ‘hood

It wasn’t that long ago that I wrote a post over on my author blog about this year being all about community. It is, after all, the year in which my book Better Together: Creating Community in an Uncertain World came out so the subject has been on my mind. But it struck me, during this past week or so in France, that creating and maintaining connections has never been easier. Yesterday I was lucky enough to share a lovely lunch with writers I met during last year’s visit. The plans were formulated while I was in Canada, the host was in Paris and one of the attendees was in Menorca. Others who couldn’t attend touched bases, someone new to me joined the group – new connections were forged while others were strengthened.

Though this type of thing is passé for young ‘uns it still strikes me as slightly miraculous that a quick bit of typing and the goodwill of friends makes it possible to enjoy a chat over cheese as we swap stories in Paris before scattering again.

What is also interesting in this new, fluid, international world is that it was in an apartment near the Bois de Vincennes (location of said lunch and gathering of friends) that I first heard of the Canadian mezzo soprano Marie-Nicole Lemieux from a choral music enthusiast (and our gracious host) Anne. Granted, Marie-Nicole Lemieux is from Quebec and sometimes I think Canada is really bizarre in the way in which we in the west remain too often are ignorant of the talented musicians, singers, and writers who do amazing work in Quebec… Anyway, for your musical edification, here is Ms Lemieux singing L’amour est un oiseau rebelle from the Opera Carmen…

Today was my last day in Paris where it has been a delight to plug in to the local community for a short time. In the morning (way too early) we begin the long journey back to Canmore and my lovely community there. Which, as it turns out, is more accurately described as a series of overlapping communities – the mad band of climbers who help keep me fit, challenged and engaged with endless problems to solve on rock, in the gym, and less often, on ice. I’m just beginning to dive into the theatre community, which has been a fantastic way to engage with a whole new circle of friends and explore another dimension of my creative life. 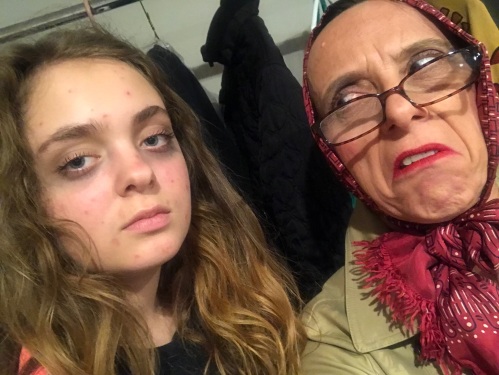 Alas, it’s getting late and I have yet to pack, so that’s where I shall leave the letter C (there were actually a bunch of them sprinkled throughout the post… go count if you don’t believe me). More tomorrow as I wend my way back to my home in the mountains!