Journey of a Thousand Miles Begins With a Single Step

The Chinese proverb sums up how we feel today after finally, finally setting off on our Camino adventure. 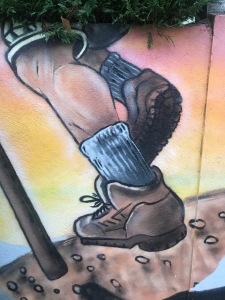 After several days of brilliant sun and hot temperatures, we were all relieved when it was cool and a bit foggy as we left the Albergue in Sarria. We were also pretty excited to spot our first yellow arrow and stylized shell indicating we were heading off in the correct direction. I have no idea how many arrows and other way markers we passed today – a lot – but each one is a small message of hope that we were a step closer to our destination. 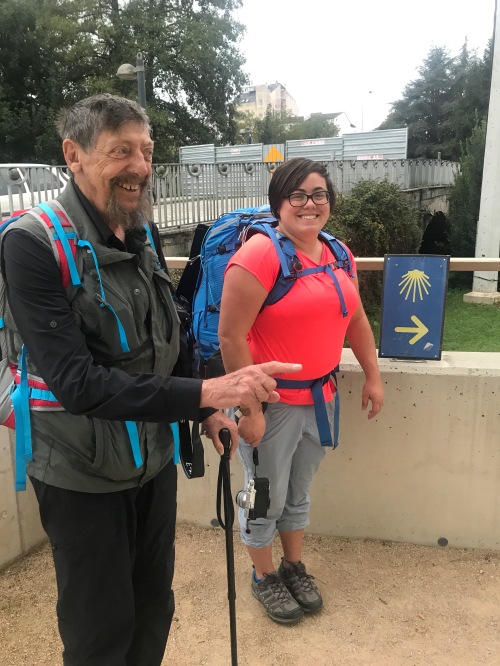 The cooler temperatures helped mitigate the horror we all felt as we stood at the bottom of the daunting set of stairs that lead up and out of Sarria. 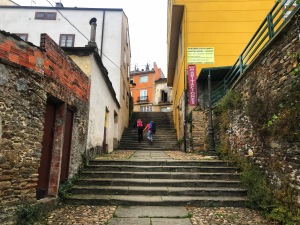 Dad has been training for months, but always on more or less level terrain and never with his daypack.

Thank goodness Dani planned today to be a shortish day. The total distance travelled was only about 4km, but it was tough going in places. 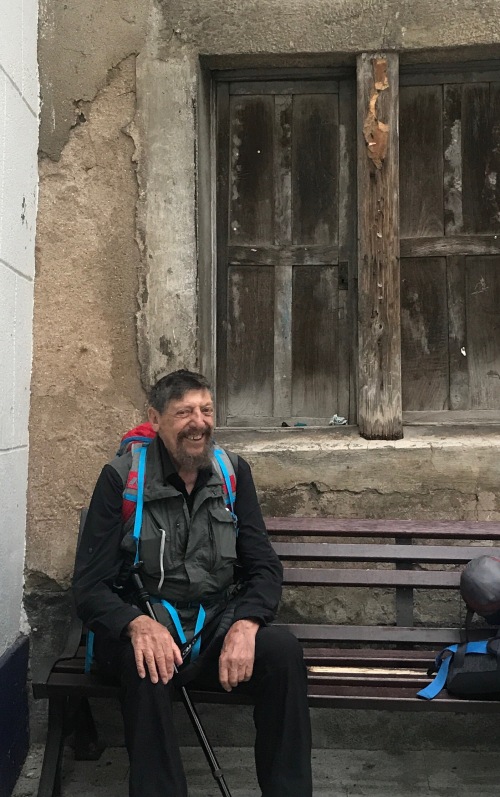 The old part of Sarria felt like the perfect place to start our journey, steeped in history and full of albergues and small

restaurants and bars it was also full of pilgrims. 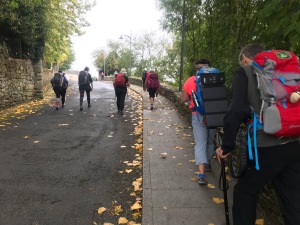 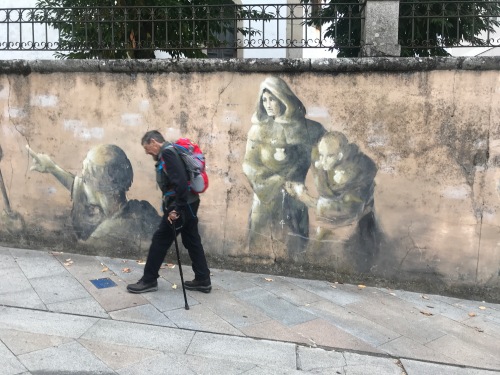 We stopped often so Dad could catch his breath but by the time we started up the final hill leading to the village of Barbadelo Dad was pretty bagged. Dani and I redistributed everything he was carrying between the two of us and insisted on a refuelling break along the way. 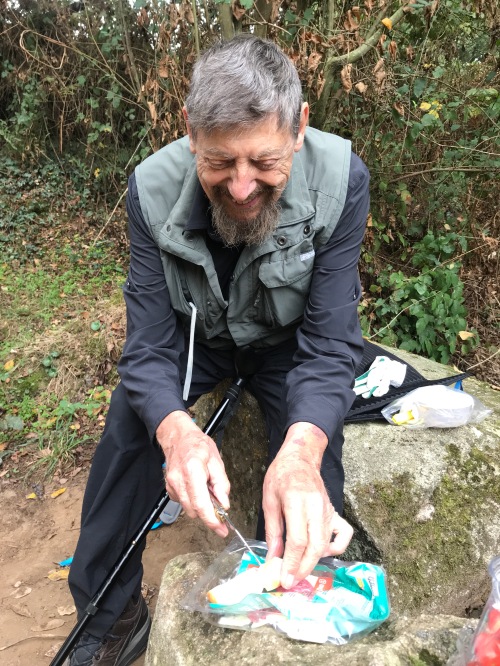 At one point as Dad was puffing on his inhaler and looking pained, I thought we had perhaps made a terrible mistake. Much of today’s path was through the woods (yay – shade!!) but that did mean it would have been pretty well impossible to have hailed an ambulance should we have needed one. Various passing pilgrims stopped to ask if all was well or if we needed assistance. Dad waved them off, but I wondered several times if perhaps we needed to reassess and perhaps procure a donkey for Dad to ride for the rest of our journey. 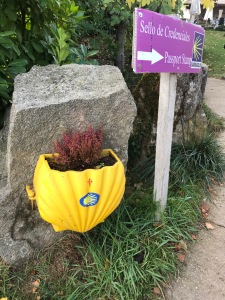 Eventually, the grade lessened and our wooded path opened out into an area of fields and small farms and the going was much easier. By the time we reached Barbadelo, Dad was full of smiles and shocked both Dani and me when he declared the day to have been a lot of fun!

We are not going to set any speed records, that’s for sure, but if we just concentrate on one step at a time, eventually we will make it to our final destination. 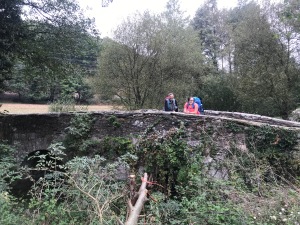